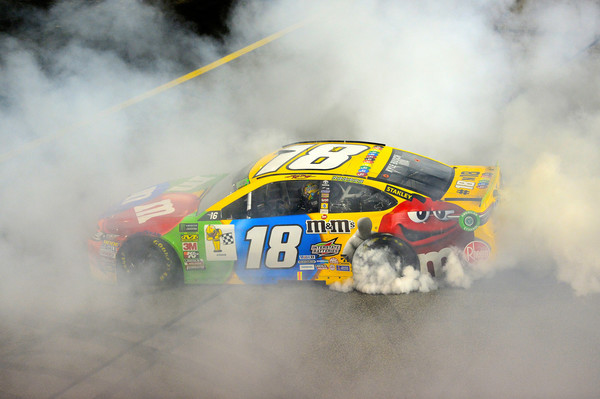 The second race in the Round of 16 of the Monster Energy NASCAR Cup Series Playoffs was dominated by the Big 3, with Joe Gibbs Racing’s Kyle Busch taking the victory.

Two of Harvick’s teammates make this week’s Top 5, as well as a former three-time winner at Richmond Raceway.

No. 1 Clint Bowyer – Clint Bowyer struggled throughout the beginning of Saturday night’s race, finishing outside the top 10 in Stage 1 and Stage 2.

Bowyer earned a 10th place finish despite his struggles, gaining 14 positions from one year ago.

The Stewart-Haas Racing driver sits 13th in the playoff standings heading into the elimination road course race at Charlotte Motor Speedway. He is four points behind Ryan Blaney, who is in the cutoff position.

Almirola is sixth in the playoff standings, two points from Joey Logano in fifth and 62 points behind leader Martin Truex Jr.

Johnson, a three time winner at Richmond Raceway, failed to earn stage points in Stage 1, but finished Stage 2 in the eighth position.

Johnson is one of four drivers below the cutoff heading in Sunday’s elimination event. He sits 14th, six points behind Blaney.

Dillon failed to earn stage points in Stage 1 and Stage 2, but gained 15 positions from his finish at the .75-mile track one year ago.

The Richard Childress Racing driver is tied with Chase Elliott in the playoff standings for ninth, 75 points behind Truex.

Truex earned stage points by winning both Stage 1 and Stage 2, before bringing his No. 78 Auto-Owner’s Insurance Toyota home to a third place finish.

Truex remains the points leader by 16 points over race winner Kyle Busch and 28 points over Harvick.