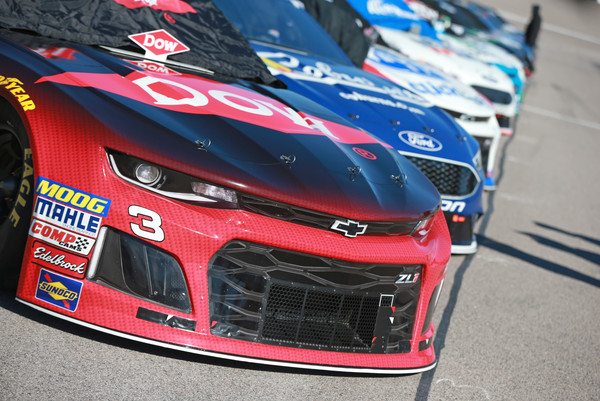 The second round of the Monster Energy NASCAR Cup Series came to an end at Kansas Speedway, with the elimination race cutting the playoff field from 12 drivers to eight drivers.

One playoff driver made this week’s Top 5. Is he the underdog for the title?

No. 1 Kyle Larson – Kyle Larson earned his 10th top five of the season with his third place finish at Kansas Speedway.

Larson failed to earn stage points in Stage 1, but finished sixth in Stage 2.

Larson gained 36 positions from his finish one year ago, despite failing to make the next round of MENCS Playoffs. He sits 11th in the standings, 16 points behind Brad Keselowski in 10th.

No. 2 Erik Jones – Erik Jones finished in the fourth position on Sunday, earning him his eighth top-five finish of 2018, and third straight top 10.

Jones earned stage points in Stage 1 (eighth) and Stage 2 (seventh), and held a 10th place average throughout the race.

Jones is tied with 7-time champion Jimmie Johnson for 14th in the standings.

No. 3 Joey Logano – Joey Logano led 100 laps on Sunday, before bringing his No. 22 Shell/Pennzoil Ford home in the eighth position.

Logano won Stage 1 of the Hollywood Casino 400 and finished Stage 2 in third.

Logano advances to the Round of 8 in the playoffs. He is in a three-way tie for fifth with Stewart-Haas Racing’s Clint Bowyer and Kurt Busch, 40 points behind leader Kyle Busch.

No. 4 Alex Bowman – Alex Bowman has not let being eliminated from the MENCS Playoffs get the best of him.

The Hendrick Motorsports driver was the second best finisher for the organization on Sunday, finishing in the ninth position. It is Bowman’s 11th top 10 of the season.

Bowman failed to earn stage points in Stage 1, but earned them in Stage 2 with a ninth place finish at stage end.

Bowman is 16th in the standings, four points behind teammate Jimmie Johnson.

Dillon failed to earn stage points on Sunday, but ran as high as ninth.

The Richard Childress Racing driver is 13th in the standings, 44 points from Keselowski.

Notable: Ryan Blaney was eliminated from the MENCS Playoffs despite a good day at Kansas. The stage points he gained throughout the day were diminished on Lap 204 of 267, when the Team Penske driver smacked the wall. He recovered to finish seventh.