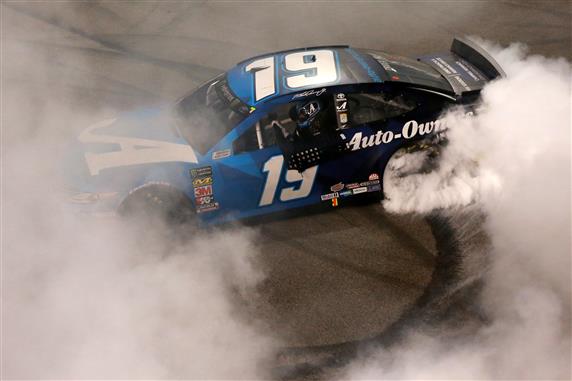 The Monster Energy NASCAR Cup Series visited Richmond Raceway for their first night race of the season, where a former champion earned his first victory with a new team.

Will this victory give Truex the momentum going into Talladega? He has an average finish of 21.3 at the super speedway, holding two top-five finishes and eight top 10s.

No. 2 Paul Menard – Paul Menard earned his second top-10 finish of the season on Saturday, finishing in the 10th position.

The Wood Brothers Racing driver earned stage points in Stage 1 (ninth) and Stage 2 (10th). He ran as high as fourth with an average position of ninth.

Menard is 16th in the point standings, 187 points behind leader Kyle Busch and 54 points behind Chase Elliott, who is in the 10th position.

No. 4 Ryan Newman – Ryan Newman earned his second top 10 of 2019, finishing in the ninth position.

He failed to earn stage points, but ran as high as sixth.

Newman is tied with Austin Dillon for 14th in the point standings. He sits 184 points behind the leader and 51 behind Elliott.

No. 5 Chris Buescher – Chris Buescher finished outside the top 20 on Saturday night, but that does not take away from another impressive performance by the JTG-Daugherty Racing driver.

Buescher ran as high as fourth with a 13th place average position throughout 300 miles.

Buescher earned stage points in Stage 1 (eighth) and Stage 2 (ninth), before fading in the second half of the race to finish 22nd.

Can Larson and the No. 42 team avoid the “Big One” at Talladega and earn their first victory since the fall race at Richmond in 2017? 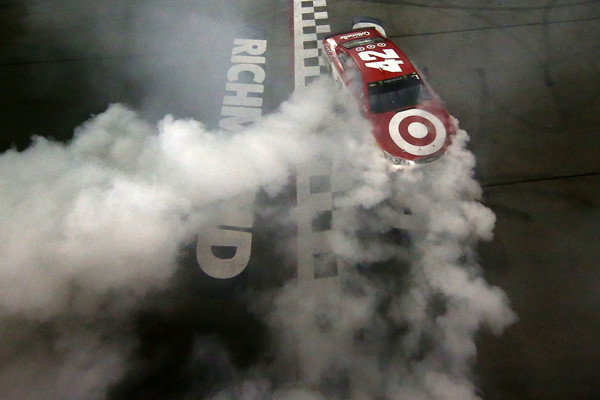 Kyle Larson earned his fourth win of the season Saturday night at Richmond Raceway in overtime, after the No. 15 of Derrick Cope scraped the wall to bring out the seventh caution of the night.

Larson won the race off pit road and took the lead on Lap 403 during the Federated Auto Parts 400, but contact between the No. 11 and No. 78 Toyota’s sent Truex into the Turn 1 wall.

“I’ve got the greatest team out here and definitely the best pit crew,” Larson said. “That showed tonight. I can’t thank those guys enough. They were money all night long to gain spots. This win is a huge congrats to them. The Target Chevy was pretty good all night. The No. 78 (Truex) was definitely the best, but I thought I was second best for most of the runs.

“It came down to the last restart there, and I got a good start. I spun my tires pretty bad, and I was a little nervous, but we cleared him (Truex) into (Turn) 1, and I was pretty excited about that. I’m really pumped for the playoffs. We’ve got a great shot at the championship, I feel like, this year. So I’m looking forward to it.”

Chase Elliott, Jamie McMurray, and Matt Kenseth all earned their way into the 2017 Playoffs based off points, but it was the Joe Gibbs Racing driver who experienced the most pressure.

Kenseth’s day concluded after suffering damage in the most intense way.

An ambulance stopped on the apron before the pit road entrance and drivers scrambled to avoid the vehicle, but Kenseth was not that fortunate. Kenseth plunged into the back of the No. 14 Ford of Clint Bowyer.

Joey Logano, who’s win in April was deemed encumbered, was in a must-win situation to make the playoffs. The Team Penske driver came up one position short of the victory.

“Yeah, it stings a little bit,” Logano said. “Last time we were sitting here after a race, it was after a win, and this time it’s after a second, which overall if you look at our Richmond (record) for a season with the two races, you’d say, that’s pretty good, a first and a second.”

“But just overall, obviously it stings to come up one spot short and not be able to get into the playoffs. It is what it is. It’s reality, and we will move on.”

The Monster Energy NASCAR Cup Series head to Chicagoland Speedway on September 17 to kickoff the start of the playoffs. Truex won the event a year ago, while Elliott finished third after leading 75 laps.

Can Elliott earn his first career MENCS victory and punch his ticket into the next round? Find out on September 17, 2017 at 3 p.m ET on NBC Sports.